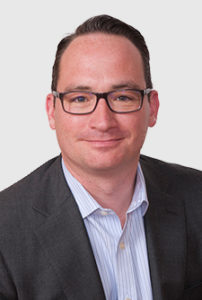 Rusty Brewer is a Partner and founder of Amis, Patel & Brewer, LLP, a law firm focused on the renewable energy and sustainability sectors.

Rusty’s career and practice have focused exclusively on the renewable energy and sustainability sectors.  He has represented developers, contractors and financing parties in the acquisition, sale, development and financing of renewable energy facilities throughout the United States.  He primarily represents companies who develop, finance and construct solar, wind, energy storage and controlled environment agricultural production facilities.  His practice encompasses all aspects of project development and finance, including project, corporate and joint venture structuring, equipment procurement and construction, offtake agreements, operations agreements and financing documents.  He has consistently received a top ranking from Chambers Global for his renewable energy and sustainability work.

Prior to founding Amis, Patel & Brewer, Rusty practiced at Baker Botts LLP and Cooley LLP.  Mr. Brewer received his JD, in 2004 from the Georgetown University Law Center where he was a member of The Tax Lawyer. He received his BS in economics from The University of Texas at Austin in 1999 where he graduated with honors. Mr. Brewer previously served as adjunct professor at the McDonough School of Business at Georgetown University where he taught courses on applied project finance.