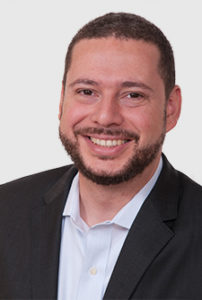 Mauricio Posadas is a Partner of Amis, Patel & Brewer, LLP.  Mauricio joined his longstanding colleagues to launch APB in 2017 after working with them for most of his career in the U.S., focusing on project development, acquisition and finance in the renewable energy sector (including, drafting and negotiating offtake, construction, operation, and project acquisition agreements).

Prior to joining APB, Mauricio worked for two years with the project finance group in the Washington, DC office of Norton Rose Fulbright US LLP, representing multilateral lenders and other financial institutions in the financing of energy and infrastructure projects abroad, focusing on Latin America and the Caribbean.  In this context, he  represented development financial institutions in deals in Chile, Colombia, Uruguay, El Salvador, Guatemala, Jamaica and India.

Mauricio also worked for several years as a tax and administrative law attorney in Venezuela. While in Venezuela, he drafted legal opinions on municipal tax, value added tax, income tax, and tax amnesty regimes; met with high ranking tax officials; drafted actions and discovery documents; submitted oral pleadings before tax courts; prepared oral pleadings to be presented to the Supreme Court; and coordinated the tax litigation practice of his firm.

Mauricio is a bilingual attorney and native Spanish speaker.  His experience as both a U.S. and a Venezuelan attorney allows him to represent clients in Latin American financing deals in a unique way, coordinating the negotiation of local development documents, security and legal opinions efficiently while using his expertise in U.S. law project development and finance in the negotiation and closing of New York law documents.  Mauricio was listed in Chambers Global for Venezuela - Energy and Natural Resources, Experts Based Abroad in 2013.

While at George Mason, Mauricio was the Symposium Editor of the Journal of Law, Economics & Policy, president of the Hispanic Law Students Association and volunteer at D.C. Law Students in Court.  At Universidad Católica Andrés Bello, he was a teaching assistant in Public International Law, member of the Editorial Board of the law magazine Dictamen and vice president of Law Students' Representative Body.