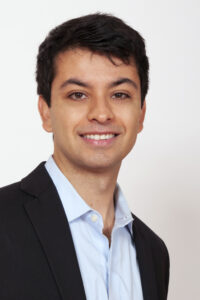 Will McConnell is an Associate of Amis, Patel & Brewer, LLP.  His practice focuses primarily on project development, project finance, and mergers and acquisitions in the independent power and renewable power industries.

Will joined Amis, Patel & Brewer, LLP upon graduation from Harvard Law School, where he was an editor of the Harvard Environmental Law Review and worked on issues of electoral reform and climate change mitigation.  Prior to law school, Will worked as a Consultant at Deloitte Consulting LLP, where he focused on power and utilities, as well as public health and environmental, projects.  He has also worked as a researcher on the death penalty and on the fentanyl epidemic, subjects on which he produced reports and testimonies for state legislatures and other public bodies.  He has co-written with former Deputy Attorney General Philip Heymann a manuscript on democracy and the rule of law in institutional design, and he has held positions with both the United States Department of State and the United States House of Representatives.

Admitted to practice law in the State of New York only.  Directly supervised by attorneys admitted to the D.C. Bar.