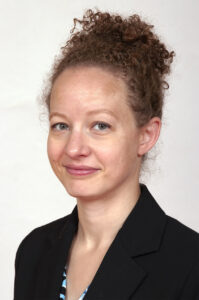 Christa L. Maiorano is an Associate at Amis, Patel & Brewer, LLP.  Her practice focuses on the development, financing, and acquisition of renewable energy projects.

Ms. Maiorano joined Amis, Patel & Brewer from Norton Rose Fulbright, where she was a member of the firm’s Projects group and primarily represented multilateral and bilateral development banks, as well as commercial lenders, in the financing of renewable energy and other infrastructure projects in Latin America and Sub-Saharan Africa. Through the representations of lenders, she worked closely with developers, contractors, and governments to facilitate successful projects in these sectors.

She received her JD with specialization in international legal affairs from Cornell Law School.  While at Cornell, she was the Editor-in-Chief of the Cornell International Law Journal.  She received her BA in anthropology from Wake Forest University.  Prior to law school, Ms. Maiorano served as an education volunteer with the United States Peace Corps in Rwanda.